Viva Amiga: The Story of a Beautiful Machine is a 2017 documentary by director/producer Zach Weddington detailing the history of Amiga Inc. and their eponymous line of home computers. The company’s trajectory is charted from its beginnings in the early 1980s, through its acquisition by Commodore International and launch of the Amiga 1000 in 1985, into the platform’s demise in the mid-1990s. Weddington crowd-funded the project from a 2011 Kickstarter campaign, culling interviews from former Amiga and Commodore employees including engineers Bil Herd and Dave Haynie, software developer Andy Finkel, and Amiga 500 hardware mastermind Jeff Porter.

Considerable care is taken to properly frame the Amiga’s story within the context of the 1980s home computer market, which was substantially more heterogenous in terms of brands and hardware versus its modern counterpart. Though the Amiga was best positioned to compete with the features and target audience of the Apple Macintosh, the home-computing scene was also saturated with offerings from big-business monolith IBM, Atari (headed up by Commodore ex-pat Jack Tramiel), and Tandy/Radio Shack. The Amiga unfortunately also competed with Commodore’s own C128, which it had marketed in parallel as a more cost-effective alternative, undercutting the Amiga’s adoption.

A large portion of Viva Amiga charts the development of the Amiga 1000 under the direction of company founder Jay Miner, who demonstrated his faith in the project by taking out a second mortgage to help finance its production. Footage of the 1985 launch event is included and does a superb job of illustrating the excitement and novelty surrounding the A1000 at the time. Other elements of the launch reflect current tech industry tropes; guest appearances (insert Andy Warhol here), shaky software demos, and the promise of cutting-edge products with little or no actual stock available.

Pause for personal reflection: I first laid hands on a hand-me-down Amiga 500 in 1994, accompanied by the requisite stack of cracked-and-duplicated floppy disks. Most of my hours were spent playing games like Wings and Life and Death, but I also remember being intrigued by the skeumorphic approach of the Amiga Workbench. Having never seen a Mac or Atari ST, I was shocked by the intuitiveness of this GUI and relation to a real-world working environment, especially when taking the software’s age into account. Next to the Amiga 500 sat an IBM PC clone running DOS 6.22 and Windows 3.1. Windows had desktop icons and program groups; Workbench had file drawers, folders, and a recycle bin.

With this point in mind, the documentary takes a compelling turn when examining the Amiga’s role in digital content creation, breaching the subject of computing for its own sake versus computing as a means to an end. With the Amiga’s simple, effective user interface and increased graphics and sound capabilities relative to those of its predecessors, an argument is made for the platform as a pioneering media production tool, eliminating a layer of abstraction between the operator and computer and allowing users to seamlessly explore traditionally non-digital creative fields such as animation, music composition, and visual art (the latter of these no doubt spurred by the release of a non-copy-protected version of Deluxe Paint). The massive popularity of NewTek’s Video Toaster is treated with the appropriate level of gravitas, while the documentary’s commentators also point to the platform’s foothold in the CGI and 3D modeling fields.

The Amiga’s eventual downfall is almost universally attributed to Commodore’s miserable approach to marketing and odd placement in the retail sphere, issues which were compounded following the ouster of COO Thomas Rattigan in 1987. Commodore’s fate is sealed by misguided projects such as the Amiga CD32 and CDTV, segueing into a two-pronged epilogue; the failure of larger commercial ventures based around the Amiga’s intellectual property, as well as an overview of the homebrew “Amiga-in-name” hardware and software released by enthusiasts throughout the rest of the 1990s into the present day.

Viva Amiga best serves as an entry point to the Amiga ouevre for budding retrocomputing enthusiasts or tech historians, while offering a hefty dose of nostalgia and fuzzy-feelings to veterans and die-hards. Given the esoteric nature of the subject matter, some familiarity with the platform is assumed, but the narrative never becomes too technical. A deep selection of file footage highlights the major events, the interviews are well-edited and relevant, and the interviewees are dynamic and engaging (particularly Workbench architect RJ Mical, who propels Viva Amiga‘s watch-ability up a few notches on sheer enthusiasm alone).

Viva Amiga: The Story of a Beautiful Machine (official website) 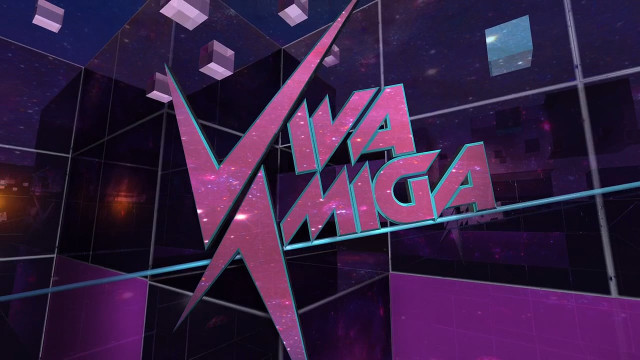