I recently picked up a copy of “CoCo: The Colorful History of Tandy’s Underdog Computer”, written by Boisy Pitre and Bill Logudice, charting the evolution of Tandy’s TRS-80 Color Computer line. The book mainly covers a period from the inception of the value-oriented product line in 1980 through to the cancellation of the Tandy CoCo 3 in 1991. However, it also touches on Tandy’s beginnings as the Hinckley-Tandy Leather Company, it’s ownership of the Radio Shack chain through which the CoCo was sold, and the CoCo’s origins as the VIDEOTEX text terminal.

As the home computing market of the 1980s was characterized by fierce competition and a seemingly endless number of hardware models and platforms, I was happy to be going into this history with a bit of personal context. My first PC was a hand-me-down CoCo 1, received in 1994, and I have some fond memories of it’s unique look and feel. The computer was simple in appearance and operation for a novice, and I had no trouble picking up the nuances of Color BASIC, even if I may have spent more time fiddling with RF modulator to keep a consistent image on my old TV. With that being said, I was largely unaware of the unit’s backstory, and I was surprised to read how well-supported and influential the CoCo line would grow to be.

There’s a lot of information to be packed into less than 200 pages, and the book sometimes feels like more of a broad survey than a detailed history, especially when dealing with the significance of software releases for the line. However, Pitre and Logudice make a point of concisely covering all aspects of the unit’s impact on the computing scene of the time; be it the hardware design, Tandy’s notorious approach to cost-cutting, clones such as the Dragon 32, or the surging third-party developer community that sprung up as users began to flock to the platform. Additionally, the book includes a large selection of color images featuring marketing materials, advertisements, screenshots, and photos of the hardware and software.

I felt like this book worked especially well as a snapshot of the CoCo user community. Falsoft’s RAINBOW magazine was documented extensively, as was the rush of ill-fated user-conceived CoCo 3 successors following Tandy’s official discontinuation of the product line. As this sort of information relies on the memories and accounts of those involved, it can be especially fleeting compared to the more readily available details regarding Tandy’s side of the CoCo canon, and the authors’ efforts to preserve this history are appreciable.

Overall, I’m of the opinion that hardened CoCo veterans may find this effort a little more rewarding than more casual readers/PC history buffs. While there are many great ancedotes to be found throughout, I feel the story of the CoCo series tends to pale a little compared to its 80s contemporaries, lacking the sheer industry-wide impact of Apple or hubris of Commodore. Regardless, the book breezes by, and the vast amount of insight to be found relating to the machines’ development and marketing should still spark some interest in nostalgists and neophytes.

You can buy a copy of the book here. 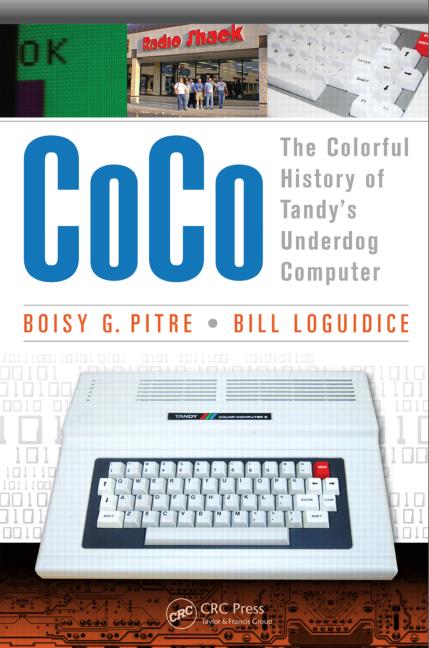